PlayPower has a close connection to Donoghue Memorial Park that just opened in Ottawa, Canada. It is named for Barry Donoghue, spouse of PlayPower representative Maryanne Swinimer of Playground Planners. Barry installed for Playground Planners, and would often donate his time and labour to good causes. He was a reliable, honorable, and trustworthy man that always had the children’s safety as his first priority.

In 2008 Barry was diagnosed with a very rare and aggressive form of cancer. He fought a very brave battle but unfortunately lost his fight in April 2009. He left behind two young sons; Nathan and Myles and his wife, Maryanne. Playground Planners petitioned the City of Ottawa to rename a park in Barry’s neighbourhood to the Donoghue Memorial Park. After much consultation, it was renamed in March 2012.

On August 23rd, 2014, the ribbon was finally cut on the cool, new play equipment bringing the 4 year project to a conclusion.  Everyone is so excited and overwhelmed by the generosity of the suppliers, volunteers and crew. We are sure Barry would be proud to put his name on a beautiful park that is so close to the home and the family he cared so deeply about. 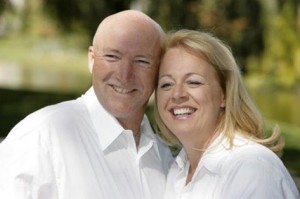 You can also listen to a CBC radio segment on Donoghue Park at the CBC site.

New Freestanding Chameleon Slide For Your Play Area!
We use cookies to improve your browsing experience! By continuing to use this website, you agree to the terms outlined in our Privacy Policy, and to the receipt of targeted communications through our marketing platforms. We do not sell your personal information, but are required by law to provide the following link to you: Do Not Sell My Personal Information. For more details, please refer to our Privacy Policy.
Ok